A Shadow Bright and Burning (Kingdom on Fire, Book One) 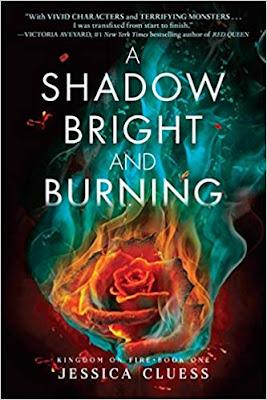 (Amazon Reviews)
When Henrietta Howel is forced to reveal her unique power—the ability to control flames—to save a friend, she fears she will be executed. Instead, she’s invited to train as one of Her Majesty’s royal sorcerers and declared the chosen one, the girl who will defeat the Ancients, bloodthirsty demons terrorizing humanity. She also meets her fellow sorcerer trainees, handsome young men eager to test her power and her heart. One will challenge her. One will fight for her. One will betray her.

But Henrietta Howel is not the chosen one.

As she plays a dangerous game of deception, she discovers that the sorcerers have their own secrets to protect. With battle looming, how much will she risk to save the city—and the one she loves?

“Is it clear that Cluess adores the Harry Potter series and Jane Eyre? Yes. So do you. So does everyone. What matters is that her voice is her own.” —The New York Times

Love, Hate and Other Filters by Samira Ahmed 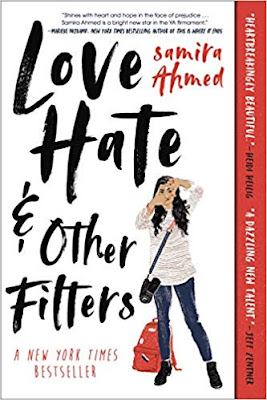 Seventeen-year-old Maya Aziz is torn between worlds. There’s the proper one her parents expect for their good Indian daughter: attending a college close to their suburban Chicago home and being paired off with an older Muslim boy her mom deems “suitable.” And then there is the world of her dreams: going to film school and living in New York City—and pursuing a boy she’s known from afarsince grade school.
But in the aftermath of a horrific crime perpetrated hundreds of miles away, her life is turned upside down. The community she’s known since birth becomes unrecognizable; neighbors and classmates are consumed with fear, bigotry, and hatred. Ultimately, Maya must find the strength within to determine where she truly belongs.

" This intriguing coming-of-age debut will rival Thomas’s The Hate U Give with its sensitive and must-read tale of an Indian-American Muslim teen and her battle with Islamophobia. " —HuffPost

The Strange Fascinations of Noah Hypnitok by David Arnold 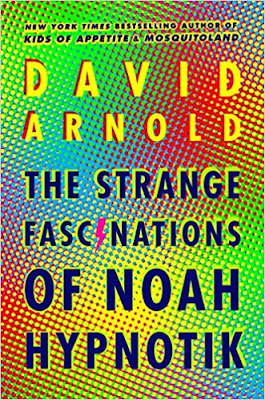 This is Noah Oakman → sixteen, Bowie believer, concise historian, disillusioned swimmer, son, brother, friend. Then Noah → gets hypnotized. Now Noah → sees changes: his mother has a scar on her face that wasn’t there before; his old dog, who once walked with a limp, is suddenly lithe; his best friend, a lifelong DC Comics disciple, now rotates in the Marvel universe. Subtle behaviors, bits of history, plans for the future—everything in Noah’s world has been rewritten. Everything except his Strange Fascinations . . . A stunning surrealist portrait, The Strange Fascinations of Noah Hypnotik is a story about all the ways we hurt our friends without knowing it, and all the ways they stick around to save us.

"As he did in his fantastic debut Mosquitoland, David Arnold again shows a knack for getting into the mind of an eccentric teenager in clever, poignant fashion . . . An artfully crafted tale about a boy finding his groove amid the cacophony of adolescence." —USA Today

One Second After by William R. Forstchen 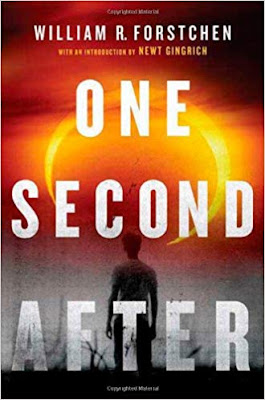 A story which can be all too terrifyingly real...a story in which one man struggles to save his family and his small North Carolina town after America loses a war, in one second, a war that will send America back to the Dark Ages...A war based upon a weapon, an Electro Magnetic Pulse (EMP). A weapon that may already be in the hands of our enemies.


Months before publication, One Second After has already been cited on the floor of Congress as a book all Americans should read, a book already being discussed in the corridors of the Pentagon as a truly realistic look at a weapon and its awesome power to destroy the entire United States, literally within one second. It is a weapon that the Wall Street Journal warns could shatter America. In the tradition of On the Beach, Fail Safe and Testament, this book, set in a typical American town, is a dire warning of what might be our future...and our end.

What I Leave Behind by Alison McGhee 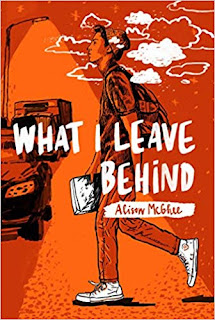 Sixteen-year-old Will spends most of his days the same way: Working at the Dollar Only store, trying to replicate his late father’s famous cornbread recipe, and walking the streets of Los Angeles. Will started walking after his father committed suicide, and three years later he hasn’t stopped. But there are some places Will can’t walk by: The blessings store with the chest of 100 Chinese blessings in the back, the bridge on Fourth Street where his father died, and his childhood friend Playa’s house.When Will learns Playa was raped at a party—a party he was at, where he saw Playa, and where he believes he could have stopped the worst from happening if he hadn’t left early—it spurs Will to stop being complacent in his own sadness and do some good in the world. He begins to leave small gifts for everyone in his life, from Superman the homeless guy he passes on his way to work, to the Little Butterfly Dude he walks by on the way home, to Playa herself. And it is through those acts of kindness that Will is finally able to push past his own trauma and truly begin to live his life again. Oh, and discover the truth about that cornbread. 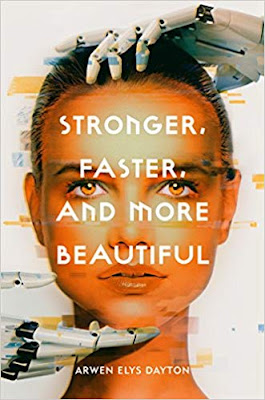 This “powerful, poignant, and action-packed” (Bustle) novel is a twisted look into the future, exploring the lengths we'll go to remake ourselves into the perfect human specimen and what it means to be human at all.The future is curious.STRONGERToday our bodies define us. We color our hair; tattoo our skin; pierce our ears, brows, noses. We lift weights, run miles, break records. We are flesh and blood and bone.FASTERTomorrow has different rules. The future is no longer about who we are--it's about who we want to be. If you can dream it, you can be it. Science will make us smarter, healthier, flawless in every way. Our future is boundless.MORE BEAUTIFULThis is a story that begins tomorrow. It's a story about us. It's a story about who comes after us. And it's a story about perfection. Because perfection has a way of getting ugly. A WALL STREET JOURNAL BEST SCIENCE FICTION BOOK OF 2018A KIRKUS REVIEWS BEST BOOK OF 2018