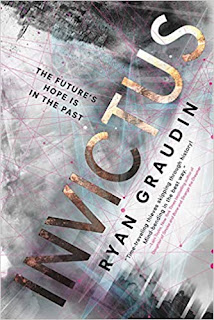 Time flies when you're plundering history.

Farway Gaius McCarthy was born outside of time. The son of a time traveler from 2354 AD and a gladiator living in ancient Rome, Far's very existence defies the laws of nature. All he's ever wanted was to explore history for himself, but after failing his entrance exam into the government program, Far will have to settle for a position on the black market--captaining a time-traveling crew to steal valuables from the past.
During a routine heist on the sinking Titanic, Far meets a mysterious girl named Eliot who always seems to be one step ahead of him. Eliot has secrets--big ones--that will affect Far's life from beginning to end. Armed with the knowledge that history is not as steady as it seems, she will lead Far and his team on a race through time to set things right before the clock runs out.
at December 17, 2020